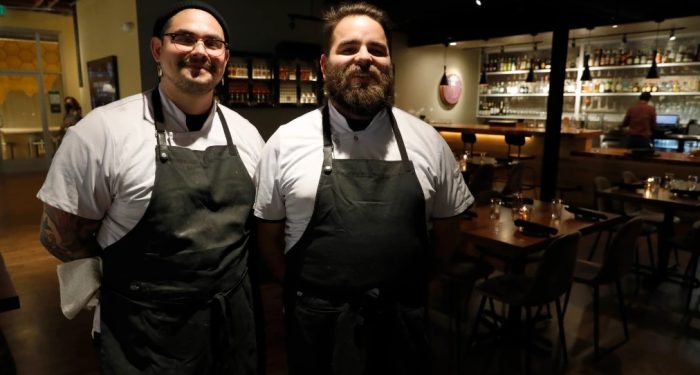 He was 10, and his family had recently moved from San Leandro to Castro Valley. Despite being half Mexican, Ochoa didn’t grow up with much Mexican food. But from his first bite into that tender pork with its cilantro-jalapeño punch, a connection was made.

Twenty years later, Ochoa’s journey to explore his Mexican side through food inspired Hermanos Verdes, a pop-up that became famous during the pandemic for — you guessed it —  chile verde. Suddenly, foodies were flocking to Castro Valley to taste his cuisine (and discover other gems, like Pampas Empanada and Coffee Co and the newer Pho Auntie 7, which specializes in regional Vietnamese street food).

Now called Oculto, the industrial-chic restaurant celebrates Latin American cuisine with California sensibilities and cocktails by the marketplace’s Night Owl. Both chefs bring years of fine dining experience at San Francisco restaurants such as Rich Table and SPQR to the menu, which, depending on the day, may include chicken al carbon with chile butter and salsa matcha or baby back ribs slathered in that famous chile verde sauce. Look for a new cocktail program launching soon.

In a city with few fine dining chefs, Ochoa is a rising star and one to watch. Despite being Oculto’s owner and the father of two young children, he still clocks 12 hour days, working the line nightly with his small team making everything from scratch besides the bread. They source that from Seven Hills Baking Co., which is downstairs, next to their meat purveyor, Baron’s Quality Meats, olive oil source, Amphora Nuevo, and spice company, Oaktown Spice Shop.

We recently sat down with Ochoa to learn more about his early years, future hopes and the secret to that sauce.

Q: Besides chile verde, do you have any special food memories? When did you know you wanted to be a chef?

A: I was always enamored with food. My mom’s family is Hawaiian, and we used to do these big family gatherings where my auntie would make hot dogs cooked in barbecue sauce. For some reason, I thought it was the best thing that ever happened on the planet.

Growing up, I was alone a lot, because my mom was a single parent. I learned to make ramen and eggs and other stuff for myself. We had this big swivel TV from Rent-A-Center and I remember watching commercials for Le Cordon Bleu and being fascinated by the chef’s hats. It was always something I dreamed about. I was 9 or 10.

Q: What’s the secret to your chile verde?

A: It’s only seven ingredients: tomatillos, onions, cilantro, jalapeños, salt, lime juice and fish sauce. Traditionally, you boil the pork and strain it, reserve some liquid, pour it into your sauce and boil it again until it’s nice and tender. But I do it in a different way. My technique comes from French cuisine. Like a braise, we char and blister all the salsa ingredients in the oven for 45 minutes until it’s super gnarly. Then we add cilantro and lime juice and blend it together. To give it the umami and bring up the nuanced char and other flavors, we add fish sauce. I like Three Crabs.

Q: What was it like being a chef de partie at Lazy Bear in San Francisco?

A: I felt like I knew how to cook when I got to Lazy Bear, but I realized I didn’t. At that level it becomes far more intellectual. (I learned to ask), what is the identity of the dish? Where does the idea stem from? How does it eat? We have a mole dish on the menu now that I’m really proud of. It’s carrot-based. The identity of that dish was me trying to approach my culture in a way that felt right to me. 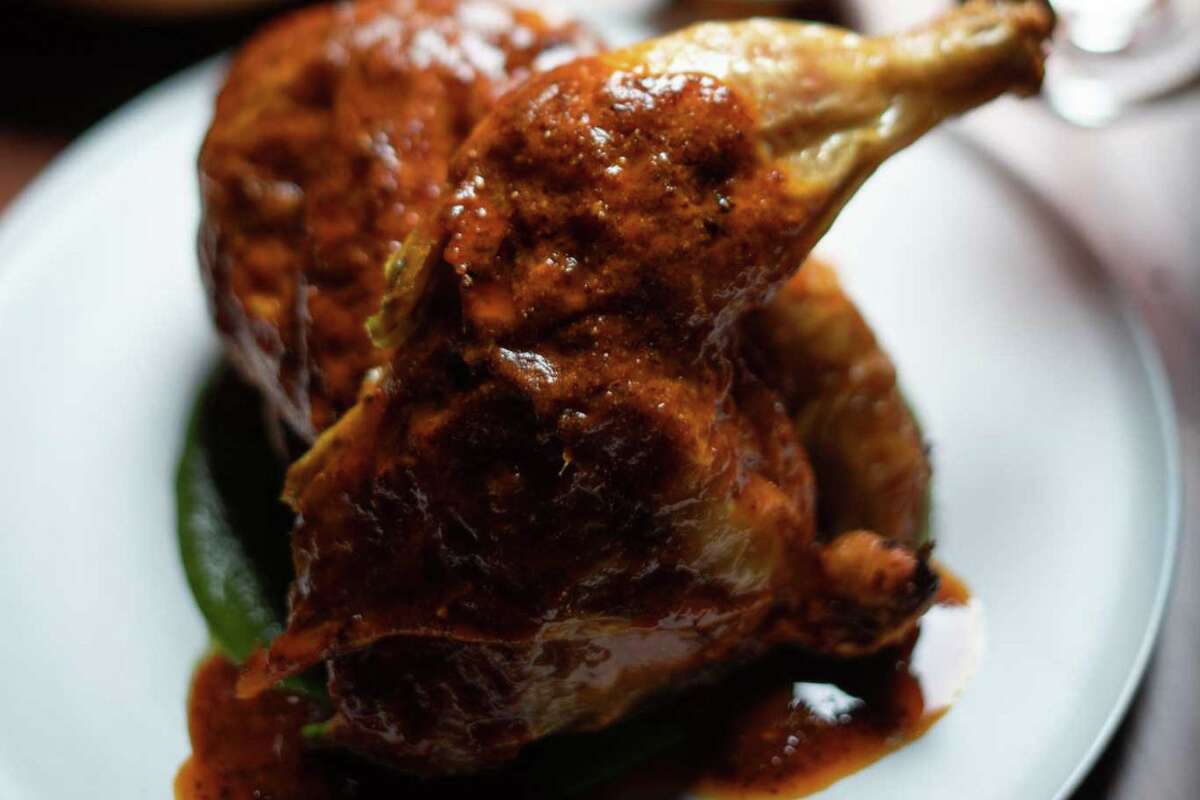 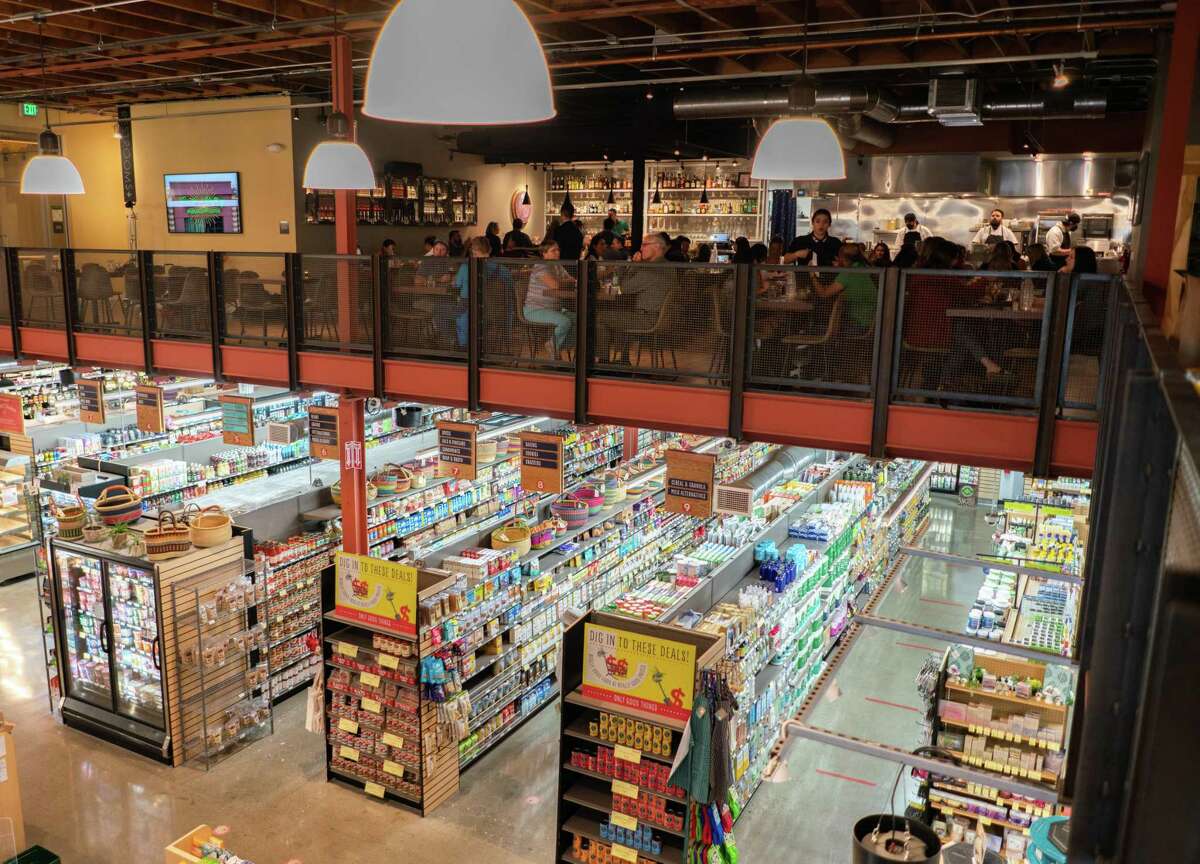